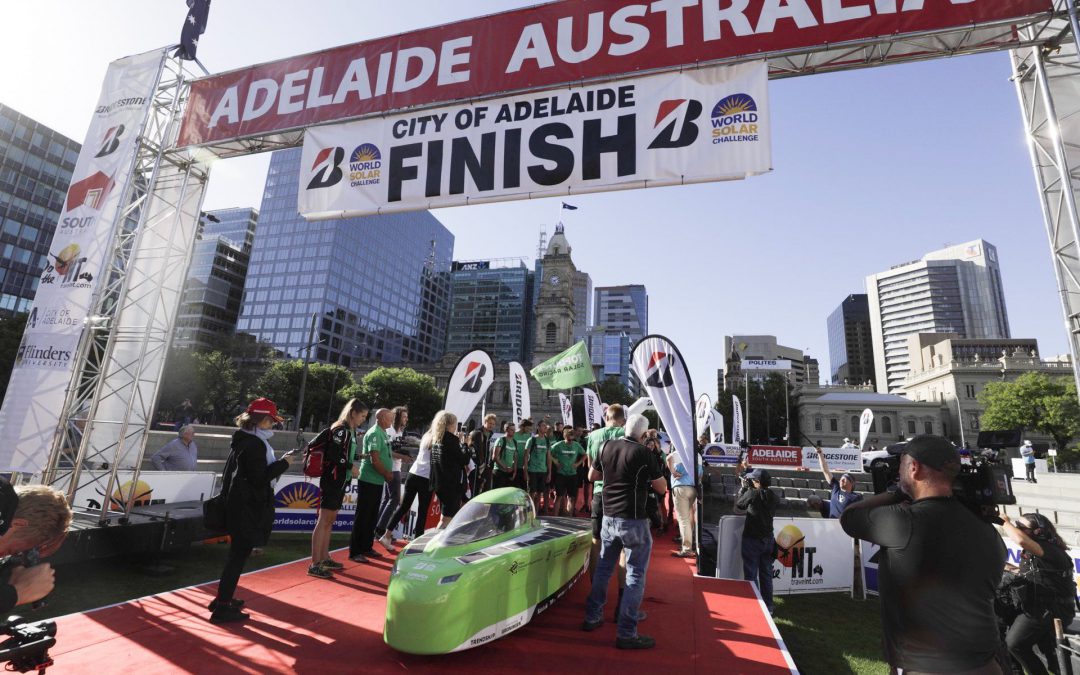 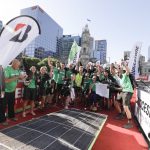 Adelaide, October 17, 2019 – Top Dutch Solar Racing finished fourth in the Bridgestone World Solar Challenge in Australia. The team, which consists of 26 students from Hanze University, the University of Groningen, Noorderpoort and Friesland College, drove more than 3000 km from Darwin to Adelaide in just five days. First became the Belgian team of the KU Leuven.

Top Dutch Solar Racing participated for the first time in the Bridgestone World Solar Challenge. The team developed and built the Green Lightning in two years. A fourth place is therefore a great result. Team manager Jeroen Brattinga: ‘Of the 26 teams that were at the start, we crossed the finish line fourth. That is a great result for the entire team. ”

Setback
“It took almost five days for us to drive from Darwin to Adelaide. This was not easy: on the second day we had a setback. We had to make a stop because the battery became too hot, which prevented us from charging. This has cost us a number of positions. On the fourth day we had to deal with very strong wind, which was hard for the drivers of the solar car. ‘

The overall results also show that it was a fierce Challenge. Solar Team Twente fell out yesterday and the Vattenfall Solar Team from TU Delft, which was in the lead, today caught fire unexpectedly and had to step out of the Challenge. Jeroen Brattinga: ‘That is of course terrible and even though it is a race, you do not wish any team. Fortunately their drivers and the other team members are unharmed. ”

Adelaide
The moment Top Dutch Solar Racing crossed the finish line, there was a large audience. From Aussies to Dutch people who happen to be on vacation to purebred fans of the solar cars. ‘That does something to you, we have been working towards this for more than two years. I am very proud of the team, “says Jeroen Brattinga.

Final classification
First was the Belgian team of KU Leuven, second the Japanese Tokai University and third the team from the University of Michigan. The remaining 17 solar cars are not yet finished

Share This
We use cookies to ensure that we give you the best experience on our website. If you continue to use this site we will assume that you are happy with it.Ok